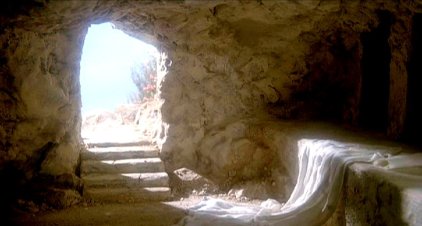 Christian holidays are not meant to bring shame to other religions, but to bring hope! This holiday is about our Savior, Who gave His life on a Roman cross so long ago. He gave it in order to be the sacrifice which was able to cover all of humanity’s sins. Not just for those who believe in Him now, but all the way back to Adam and Eve. So that salvation could be offered to those who looked for the Promised Seed of the woman, but who died in faith knowing that He would come one day!

Christmas is the celebration of His birth, even though He was born at least three months before we celebrate it because we don’t know the exact date of His birth. Anyway, He came to Earth in order to bring salvation to all people. The Jewish people were offered this gift first, but their high priests didn’t recognize Him as the Messiah. So, the gift was offered to the gentiles, everyone else in the world, who gladly accepted Him because of His offer of salvation and because none of us can be righteous enough on our own!

When you accept Jesus as your Savior, His righteousness is imputed or given to you at no cost. It is by God’s grace that we have this gift and all that we have to do is believe in Him and in His atonement for us. It is that belief, even without evidence through faith, that we have our salvation!

It is God’s gift to us, which none of us could possibly afford, that we have eternal life through Jesus and His atonement for us by His blood.

There is no other explanation of Easter’s importance other than His resurrection and His appearance to His disciples to prove that what He had told them about had come to pass! He had told them that He would be crucified and die, be buried and then rise to Life on the third day and HE did just that and more!

It is true that there are many disputes about which day He was crucified on or if there was a High Holy Day (another Sabbath) prior to the weekly Sabbath. It could’ve been, in any case, He spent three days and nights in the tomb before being resurrected, period. Jesus didn’t lie or make anything up, much of the squabbling and error has been introduced by human interpretation and superstition.

Most of us can barely keep up with a work schedule or school schedule let alone figure out which day the actual crucifixion took place on! It is Jesus’ resurrection which gives us a hope of eternity and forgiveness, so to me it doesn’t matter what day or how many days it was, just that He came out of that tomb and He is coming back one day!

Today, we look at all holidays as their commercial impacts the world and the economy. But, what about the spiritual impact that the event itself really should have on people? Does anyone really look at Easter today and think about Jesus going to the cross for us, dying for us and then being raised up on the third day in order to complete His work here?

The holiday that we celebrate has nothing to do with Jesus at all. Bunnies and eggs had no meaning to the world at large in Jesus’ day except to pagans which celebrated the coming of spring and the rebirth of life after winter. That celebration has nothing at all to do with Jesus, with the exception of the rebirth which points to the resurrection. We need to look at our Lord as the Creator of all things and believe in His work of redemption on the cross by the shedding of His blood for our sins.

The reason for Easter being the holiday that it is, is because of a pagan spring equinox celebration and that it coincides with the time for passover in late March or early April. This was the time that Jesus was crucified so on that weekend is when we celebrate His death and resurrection. Since the Jewish tradition is to follow a lunar calendar of thirty-day months, dates are never the same from year to year.

So, what is the meaning of Easter, really? The celebration of Life through Jesus Christ and His atoning death and resurrection! That is the true reason for this holiday. If it had not been for this event, we wouldn’t have the hope of a resurrection to eternal life with Him! Our Savior is alive and He is coming back and if the events happening around our world today are any indication of “birth pains”, then it won’t be much longer until the whole world sees Him and knows that our faith and our Savior is real!