Skip to content
Tracy Eldridge Abide in Him, Accepting Christ is your choice, Be a follower of Jesus, Believe in the One Who saves, By faith, Choose Christ, Religion December 5, 2018 2 Minutes

For many years we have sung this song at this time of year but I have often wondered if anyone actually searches for Him or His real identity?

The angel Gabriel came to Mary and told her that she would bear a Son Who would be called Immanuel and to name Him Jesus (Yeshua). For a teenage girl, this was fairly upsetting particularly since she was betrothed to Joseph at the time. Without going over the entire story of Jesus’ birth my only revelation is this: He was NOT born on December 25. He was born, according to the Jewish calendar, during the Feast of Tabernacles which is around late September early October. 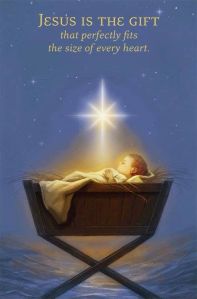 Why is this important? Because the word used or translated “with” when the meaning of Immanuel was translated also means “to tabernacle with”. God came to live with mankind, at least for a time and physically be with His creation. Ever since the day of Pentecost, the Holy Spirit has lived with each believer from the time that they asked Him to come into their hearts. He dwells with us!

Isn’t that a wonderful and powerful message and the best part of it is that one day soon we will be with Him too! Your life and mine will not have to end with the death of this “tabernacle” which is walking around with pains and problems! We will be with Him forever. God loves His creation enough that we will be in His Presence for eternity. No more pain or sickness or death. That is the message and the hope that we have all been given by His grace and mercy.

So why would you want to keep this glorious and life-changing news to yourself? When we are baptized into our new life with Him and we come out of the water we are like the Hebrews who were escaping from Egypt after going through the Red Sea. We are not supposed to just sit down on the shore and not move until Jesus comes and they didn’t either. They complained and whined about being in the desert but God provided for them and He does the same for us too.

We have been given a new life to live in Him and through Him because of His love and grace toward us and we should make sure to walk in that grace until He comes again. The fact that God came to live with and redeem mankind is the most wonderful act of compassion and love that can be imagined. Don’t turn away from Him just because of your idea of how your life should be. Seek Him out and find the life which you can live through Him!

The story of His birth and how we celebrate it has been handed down and changed over the years to coincide with other traditions and celebrations but the story and the message only come from the gospels. That is the story which we should be hearing and clinging to for our salvation because He, the baby in the manger, is our Savior.

This my witness for my Lord and Savior on the web. I pray that you find these posts useful in your search for Jesus. http://thelivingmessage.com View all posts by Tracy Eldridge