Sermons have been preached on this, people talk about this in the news and at home, but…is it given to those who don’t deserve it?

Many times in our lives we seek forgiveness from friends and spouses and would like to receive it from loan companies (being debt free for a change); my point is this: do we extend forgiveness to those around us who have wronged us in some way, even when they don’t deserve it?

Concerning the statement of deserving it part of that statement…how do you know that they don’t deserve it? Who are you to judge? Does holding a grudge against people who have never wronged you help your life in any way? 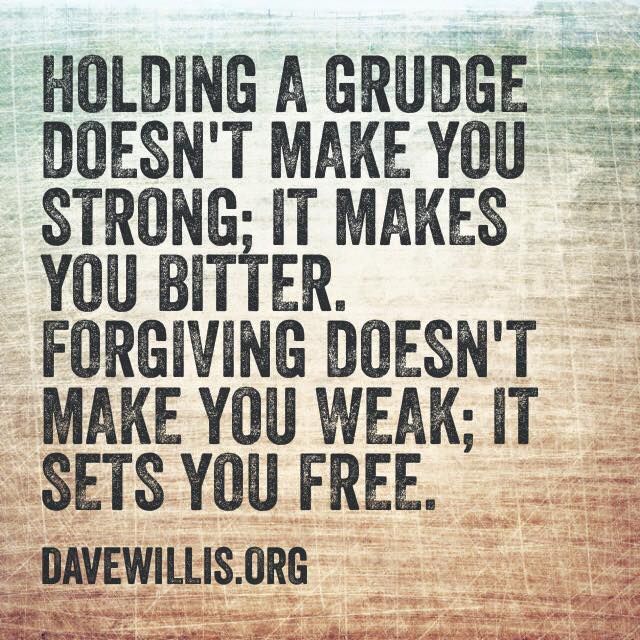 We should be willing to forgive others regardless of the wrong committed because that is what Jesus did for us. If you are not forgiving others of something which was done to a family member in the past, particularly more than a century ago, what good is this doing you today?

My ancestors came from Ireland as indentured slaves. Should I hold a grudge against some person or family because of it? Should I be that ungrateful for the reason that my family came here? I don’t think so. It is true that many Irish slaves were very ill-treated at the time and many more were put in chains even in the sugar plantations in the Caribbean, but I can’t hold a grudge against people I don’t know anything about.

Forgiveness is one of those qualities which Christians are supposed to express in their lives, but it seems to be in short supply particularly today. While it is true that many slave owners in the South treated their slaves terribly, there were also some in the North who did the very same thing. We who are living in the 21st century shouldn’t be holding the black flag of slavery over our brothers and sisters in America because of something which happened over a century ago.

Was it a crime to own slaves at the time? No it wasn’t, but the treatment of people who were sold into slavery was horrible and that is the true crime. Many of those sold into slavery from Africa were sold by their own people, so the selling of slaves can’t be totally laid at America’s feet. Many nations in Africa and the Middle East today have slaves, but this isn’t publicized because it is illegal today.

Should we forgive those who put our ancestors in shackles to be sold? Yes, we should. It is a shame that many were treated so terribly and the conditions of slavery shouldn’t be ignored, especially in today’s world. Even today, children and women are sold into the slave trade as sex slaves, some even right here in America. But, it will never appear on a news program.

Can we forgive those who are doing these things, even today? In Christ we are supposed to do so, but our human morality and dignity cannot let it go unpunished if they can even be caught and brought to justice. Only through our faith in Jesus and the strength which He gives us can we possibly forgive these things.

Paul said it best in his writing to the Galatians, and we should follow that example to the best of our ability which Jesus gives us.