Some may wonder why I placed an exclamation point at the end of the title and it’s because of the importance of that Gift. God gives each of us life and breath each day that we live, which is a good thing and a great gift to be sure, but His most wonderful Gift came in the form of His Son, Jesus.

In the beginning, according to Christian and Biblical Scripture, the Godhead was/is made up of three Persons of the Trinity. In Genesis, God’s Spirit was hovering over the waters. This was the Holy Spirit which was searching for a place for us. Then God the Father said, “Let there be light”, and all of Creation lit up with Light. The Living Word of God had begun Creation, and one day the Living Word would be known as Yeshua, the Son of God.

So, in the beginning there were the Three Persons of the Godhead. There are other places where they all show up, but that is the first one. The Gift which God gave to us, all of humanity that has lived or will live, is the Son of God Who gave up His place in Heaven to be placed in the form of a child which was born to a virgin in Bethlehem.

Many of you will know the story from Scripture or from watching Charlie Brown’s Christmas, but the point is this: IT HAD TO BE DONE!

Why? Because, human beings are sinful and we can’t keep God’s Law perfectly because our nature won’t allow it. But, Jesus did it because His very nature was God’s nature even though He was living among us as a human being! He walked with His Father throughout His life here, He spoke with Him every day about the things which were happening and His concerns about the state that humanity lived in.

Jesus came to us, not to show us that we are imperfect and can’t be like Him, but to give us a gift which would allow us to become more like Him one day. I don’t mean that we will become gods, but that we will have His righteousness to cover our sinful life’s failures! His blood is the only spotless sacrifice which could do this. Lambs and bulls and the blood from their sacrifice were able to give a temporary satisfaction of a sort in the Old covenant, but it was only temporary and had to be done daily or weekly or even yearly.

The blood which Jesus shed for us permanently covers our sins, all that we can do is accept it by believing that His atonement was for us! Each person on this planet had their sins covered, but each one of us has to accept it and turn away from that life and those sinful behaviors. Then we begin a new life of walking with and trusting in Him to give us the strength every day to do this for the rest of our lives! That is our gift to Him, to keep walking in His strength daily to show our lives to others as a reflection of His Life in us.

If you were offered one million dollars with no strings attached, except with one requirement, that you had to use it not only for your family but to bless others along the way in your life, would you accept it? Could you live by that requirement? With today’s technology, you could be monitored so that if you failed to fulfill that requirement you had to give up all that you had bought with the money which didn’t fulfill it. Now, could you do it?

Most of us could not do it completely and to the letter. That is what the Christian life is supposed to be like, except that we don’t have to give up or give back the salvation which we gain through belief in and acceptance of His Love and sacrifice for each of us. We are supposed to go through life-giving His Life and His message to every person that we meet, if they will accept it. Sometimes its hard to tell others about your Savior, because when they get upset when you tell them that they are sinners and they reject Him, it feels like they are turning on you, rejecting you. When they are actually rejecting Jesus’ message and His offer…His Gift to each of them. 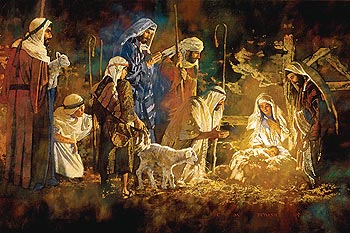 3 thoughts on “God’s Gift to mankind!”