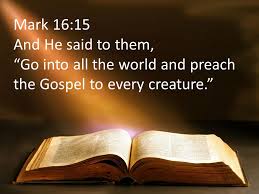 In the Bible, there are many words. None quite as omnipotent as believe although faith comes in really close. Depending upon which term that you look for or even which translation you are using, they will show up more in one or less in another. My point is this: the words that we should be using and allowing to help us to grow our relationship with Jesus are not important.

The real clincher is your attitude in your relationship with Him! Do you take it seriously? Do you take the Bible seriously and as the Truth? Finally and most important, do you believe that the Bible is the Word of God, inspired by the Holy Spirit to be written by men? If your belief in God’s Word and it’s inspiration by the Holy Spirit is strong and you have your faith in Jesus as the Son of God and your Savior then go out and tell the rest of the world!!

The time that we live in is filled with those who deny that Jesus is the Son of God and those who deny that the Bible is truly the Word of God. Yet, nearly seventy percent of Americans claim to be Christian in their faith. If that were true, why do so many churches have so few people in them on Sunday morning?

There are many studies about the decline of churches and church attendance in America and around the world. One startling outcome is that America is actually behind India and China in attendance! What happened? At the beginning of the 20th century there were 27 churches for every 10,000 people in America, now we are down to 11 per 10,000. And those eleven aren’t full on Sunday morning, so what has happened?

While it is true that the book of Revelation speaks of a falling away in the faith by the faithful, I don’t believe that this is happening at this time. It seems that we need fresh ideas in the church to draw more people to church, but most importantly we need to get back to the Bible and study in it’s wisdom. Teaching our congregations more thoroughly about Jesus and His Father. We don’t need social media nights or fireworks or “eating meetings” to bring people in because the Bread that they need to be digesting is the Word of God! The Bread of Life itself!!

Bible school and teaching teens about Jesus is wonderful and it should be done during the summer. But, we should also have a night or two during the week to teach parents and grandparents about Jesus, not just during one twenty-five minute sermon on Sunday morning. After all, they are raising or helping to raise the next generation coming into the church, so they need to learn just as much or more than the young people do.

Is it possible to teach parents and grandparents about Jesus and God and the wisdom found in the Bible? Of course it is, if they will attend and come to learn. The churches are becoming sparse and many people in the next generation won’t be coming or even be a member of a church if we don’t teach them more about Jesus and why He came to save us! He didn’t do it because it was going to be fun, He came because He loves each and every person on Earth so deeply that He was willing to give His life for each of them!