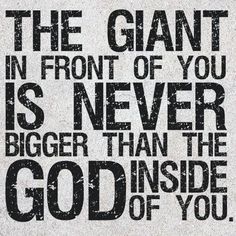 Don’t read the title and wonder if I have lost my mind, you have wondered the very same thing from time to time! I have too and it does vex me at times to think of all of the evil and pain in the world and wonder about Him. He is right next to each and every person who is in pain, in duress from a multiplicity of reasons, or who is just lonely. God is as close to you and I as our next breath or even as close as our heartbeat. He is always closer than we can imagine or comprehend and He cares more than we could possibly know or understand!

Jesus said that “not even a sparrow falls to the ground without the Father knowing it“, now that is my paraphrase of the actual scripture so don’t think it will be worded the same. But…if Jesus said, which He did, that a sparrow doesn’t escape God’s attention, don’t you think He pays attention to the rest of us as well? We can’t touch Him or feel His Presence all of the time, but He is there and He feels your pain and your sorrow and your joy.

As a Christian we can feel Him near us, maybe not all of the time but if you are listening to His voice like you should then you can’t miss it. He is always there and as a Christian you and I have part of Him living inside our hearts, so He can’t get much closer than that can He?

For someone who is not as close to God as they should be or even someone who hasn’t given their life to Him, then the Presence of God may not be felt but that doesn’t mean that He isn’t nearby. Especially if you are being called into His Service! He will not let you get too far away from Him and He will bring you back in order to do His Will in your life and for His Kingdom. He doesn’t force you to serve Him, but when you realize what He has done and is doing for you and in your life, you will want to work for Him.

Paul did and he was persecuting the Way as it was called. He was called Saul at the time, but Jesus changed all of what he had been doing to make him into the greatest missionary of the New Testament church! If he can change and become one of the most successful disciples of Jesus, then you and I can do it too. We have to learn from God’s Word what to look for and how to understand His commands and His Voice in our lives and you can only learn that from prayer and reading the Bible.