The story which is celebrated in much of the world has to do with pagan ritual. Eggs and rabbits and things like that. These have nothing to do with our risen Savior.

Jesus told His disciples that He would rise again on the third day. Many people disbelieve that story today, even in the church. I mean, how can you manage to get three days between Friday and Sunday? Going by Jewish calendars and tradition it is simple. A day begins at sunrise and ends at sunset, at least to us. But, to Jewish people who lived in Jesus’ day, the next day begins at sundown on the day before. So, when the soldiers arrested Jesus in the garden on early Friday morning, part of that day had already passed by.

The sunrise brought the priests and the High Priest before Pilate to accuse Jesus and He was flogged, but that wasn’t enough. They wanted a crucifixion and the Sabbath began at sundown. From about the third hour until the ninth hour Jesus was on the cross, that would be 9 am until 3 pm for us. Counting from sunrise to sunset is the timing that they used because the preparation for the Sabbath had to begin at sundown, counting as the next day. 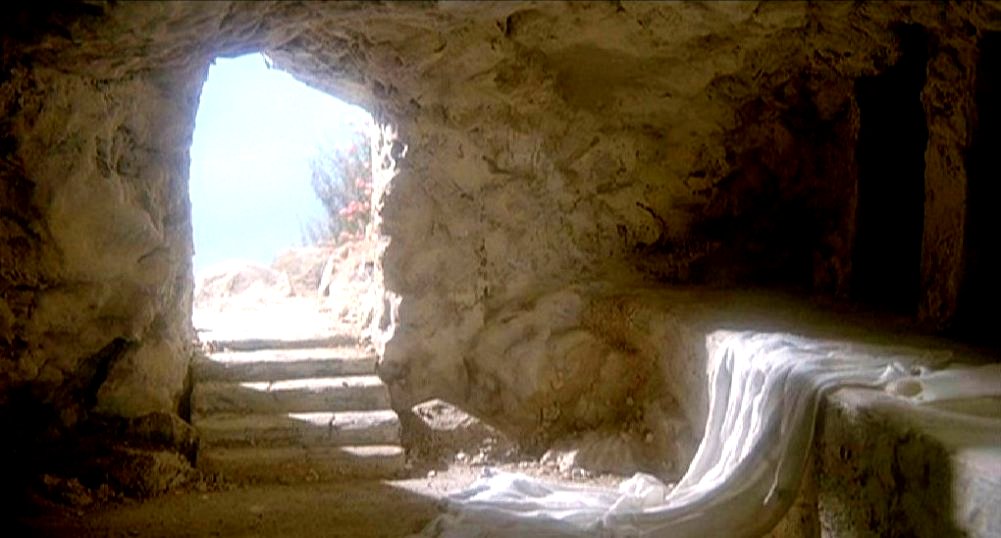 He laid in the tomb from just before sundown on Friday, all day on the Sabbath, and most of the day on the first day of the week on Sunday. So Friday, Saturday, and Sunday are three days!

So…what happened on Sunday morning at around sunrise? A miracle to those who witnessed it for sure! A bright light which was brighter than the Sun in its strength, which pierced even the cracks around the rock which covered the entrance to the tomb. The stone which had been rolled over the opening of the tomb and sealed with the Roman seal was rolled away.

We don’t know what the soldiers saw at that moment. They could’ve seen the risen Jesus in His glory or maybe an angel, possibly two angels who told the disciples and Mary that He has risen just as He had told them that He would. I want to believe that those soldiers who were guarding the tomb saw Him in His glory and likely believed that He was the Savior, the King of the Jews and their Messiah. But, until we get to Heaven we will not know for sure what they saw or what they believed.

Our Savior is alive and is at the right hand of Power on High! There is no other name by which we must be saved to be in His Presence! The only requirement is that we believe in Him and in what was written about Him in the Bible, ask Him for your forgiveness and repent of your old way of life and follow Him daily. That is our job, our responsibility as believers and as Christians! To tell others about our Savior Who died to give them the ability to become Christians and partake in His Kingdom too. No amount of money or work to do to be eligible for salvation, just believe in Him.