Skip to content
RuralPastor50 Accepting Christ is your choice, Believe in the One Who saves, Believe like a child, Blessings from God, By faith, Choose Christ, Religion December 25, 2018December 25, 2018 2 Minutes 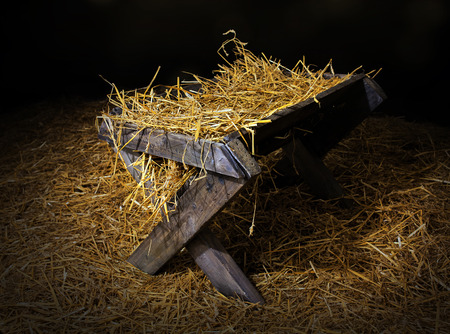 A world where Jesus was not born in Bethlehem? Because the Bible is full of prophecies concerning His birth, He had to be born! There is no possible outcome or future in which He did not come! We would not have a world worth living in if He had not been born. Even the Bible itself would be completely in error if He had not been born. A world without Jesus would be one without hope and without the possibility of knowing God…ever!

God loves us and it is this love which determined before the world was formed, that humanity needed a Savior. Our entire world and any hope of eternity would be shattered or rather it would’ve never been if our Messiah, our Savior, Yeshua, had not been born in this world to a virgin named Mary. Why am I posting this question on the very day which most people celebrate the birth of Jesus? It is just an imaginary, theoretical test for those who may read this to see if you can even imagine a world without His influence in it.

I cannot even imagine it in the least!

I can imagine, at least in a small way, how a world might have been without Adolf Hitler or even the attack on Pearl Harbor. The reason that I say this is because both of these have had worldwide consequences, just as the birth of Jesus still has an impact on the world even today. So can anyone comprehend how our world would be if Jesus had not been born?

I am a preacher and a student of the Bible. As such, I know that the Bible itself would be worthless if He had not been born because His coming was foretold as far back as the Garden of Eden. God said the “seed of the woman would bruise the serpent’s head and the serpent would bruise His heel”.

Since taking Jesus’ birth out of the history of our world would make the entire Bible worthless, many of the laws which are in the world today would be non-existent. Many, if not all, of the laws and even some countries, would not be if that were the case. The hope of eternity would never be a part of our lives and the entire world would be under Satan’s control which God could not and would not allow!

A world without Jesus the Christ in it would be a chaotic and terrible place to live. The lack of the Promise of His coming would not have given the Patriarchs any hope for Israel or their future. We would have no hope for eternity or salvation. This world would be one in which many of us, if not most, would not want to live in at all! Without the Promise of His coming, there would’ve been no reason to dry up the waters of the Flood from the world and there would be no reason to give mankind hope even in the saving of Noah’s family.

To shorten this narrative, there would be no reason to even begin the story of mankind if Jesus was never to be born. Which is why God did decide to intervene in history Himself and come to be born of a virgin, clothed in humanity and to take the sins of the whole world on Himself in order to give ALL of mankind a True Hope to look for and believe in.